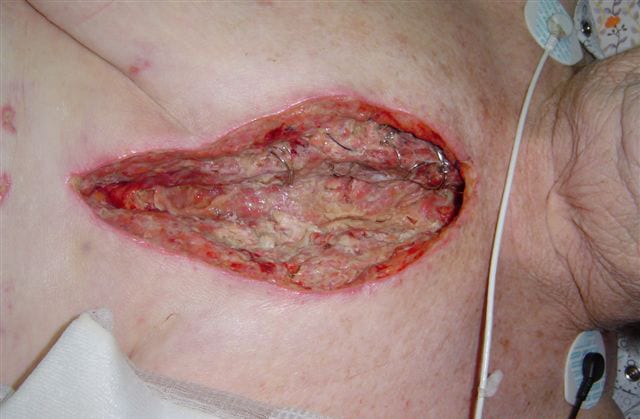 Surgical site infections (SSIs) are one of the main sources of healthcare-associated infections (HAIs), which is a leading cause of preventable death in the U.S., according to HealthPeople.gov.

While multiple causes of SSIs have been identified, one key source of wound contamination is surgical smoke, which can contain live viruses and bacteria as well as toxic chemicals, particulates and contaminated body fluid in the form of blood and dispersed vapor. Plume serves as a transfer vehicle for these pathogens.

A team of bacteriology experts at Biotest Laboratories, Inc. in Brooklyn Park, Minnesota, a subsidiary of Steris Corporation headquartered in Mentor, Ohio, undertook a project to discover if effective smoke capture and evacuation could limit local dispersal and aerosolization of bacteria.

The study confirmed that effective smoke capture prevents bacteria in smoke from being aerosolized and signiﬁcantly reduces contamination of a simulated surgical wound, in this case by as much as 50% to 60% compared to control.

By using a smoke evacuation system capable of 98% to 100% smoke capture efficiency, dispersal can be significantly decreased or eliminated, thereby reducing the occurrence of SSIs. Perioperative team members also benefit from working in a safer operating room environment, and many experts in the field have urged clinicians to consider using smoke capture devices routinely for open wounds.

The need to determine initiating causes and identify effective methods of preventing wound infection has never been greater, yet pressure to discharge patients early often results in delayed recognition of infection. Consequently, the cost of HAI care is often borne by hospitals and health care practitioners since DHHS no longer allows payment for complications for which readmission occurs within 30 days of original discharge.

The financial burden attributable to SSIs adds weight to findings that effective smoke capture and evacuation can limit dispersal and aerosolization of bacteria. Estimates for treatment of SSIs in the U.S. averages over $25,500 per patient, and may be as high as $45 billion overall for direct care alone. The costs associated with indirect care are staggering.

If airborne contamination in surgical theatres were decreased or eliminated, the potential for savings for hospitals, practitioners and the nation could be enormous.