What You Need to Know About Surgical Smoke 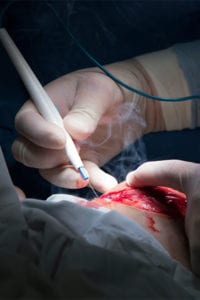 Smoke from electrosurgical units is a carcinogen that contains toxic chemicals, viable bacteria, viruses and mutagenic substances. Exposure to surgical smoke poses a potential risk to the health of operating room staff as well as patients.

Experts agree that evacuation of surgical smoke near its source is the best way to prevent plume exposure and the health consequences associated with it.

Smoke Evacuation in the healthcare setting is not only for a clear view of the surgical site, but for added protection from infection.

Lasers, ultrasonic generators, or any other surgical smoke or particle generating device may give off particles of live viral material. It is our position that any procedure that generates either smoke or particles needs to be actively evacuated.  This would range from procedures that are only a few minutes long to those lasting several hours.

A smoke evacuation apparatus that has a capture velocity of 100 to 150 feet per minute at the inlet nozzle is generally recommended.

Diathermy plume is generated by electro surgery when cellular contents, including fine particles and fluid, are released as vapor. Most OR surgeons and staff are familiar with the distinctive unpleasant odor of DP. 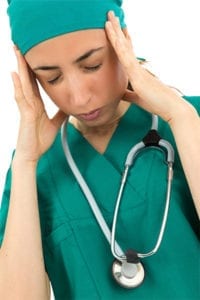 The toxicity of surgical smoke relates to its chemical content, the size of the particles, and the pathogenic viability of substances in the plume. Compared with laser and ultrasonic tissue ablation, diathermy generates plume with the smallest particle sizes.

Researchers do not yet fully understand how the body absorbs, distributes, processes and excretes diathermy plume. But the mutagenic potency of diathermy smoke is at least as risky as cigarette smoke.

The reason coconut charcoal is more effective than other forms of carbon is because approximately 90 percent of activated coconut charcoal is comprised of micro-pores less than 4nm. The micro-pores are perfect for capturing toxic gases commonly found in surgical plume, including carcinogenic gasses such as acrolein, benzene and formaldehyde.