Inside the mind of an inventor 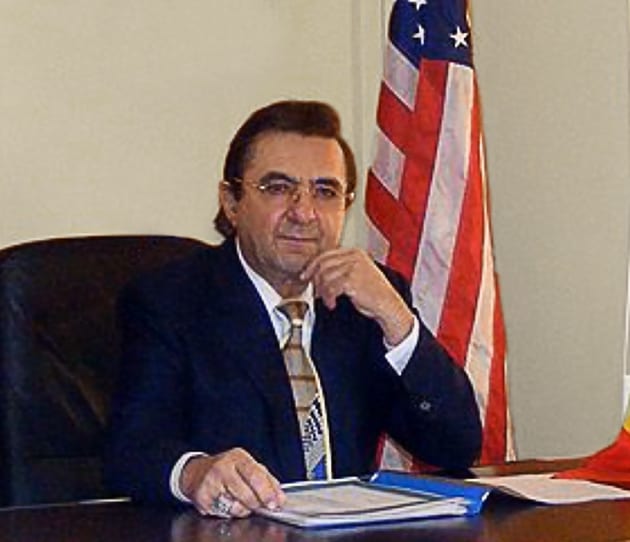 Ioan Cosmescu designed and fabricated his first invention, a fully functioning radio transmitter, when he was a nine-year old boy in Soviet-occupied Romania. Shortly afterwards, he was forced to destroy his invention when the Soviet police swarmed his neighborhood looking to find and arrest whoever was responsible for the contraband device.

Ioan Cosmescu is a man of insatiable curiosity, genius intellect and widely diverse interests ranging from technology to astronomy to art, architecture and music. An accomplished painter, pianist and guitar player, and a lifelong inventor, he obtained his first U.S. patent in 1989. He has been awarded a total of 138 international patents from countries including Canada, Japan and Australia, as well as 36 U.S. patents for his inventions. In 1996, he was named  “Innovator of the Year” in the Medical/Biotechnology Category by the Arizona Innovation Network.

Ioan Cosmescu’s inventions are breakthroughs, innovations so novel, unique, sophisticated and distinctive that they do not require a patent search for approval.

What inspires this modern-day Renaissance man? What draws his curiosity? What goes on in his mind that gets his creative juices flowing? A modest, humble, gentle man, it is clear that he is not motivated by fortune or fame. Associates say he looks around for a problem or a gap or a make-do – and takes it from there.

“He will see something that is not right or could be made a little bit better, simpler, more straightforward. Something – anything – that might be improved or resolved. In the healthcare setting, he’ll pay attention to things like burns, accidents, or even complaints by hospital nurses. And then he’ll focus on the problem, said Simona Buiga, I.C. Medical’s Vice President of Regulatory Affairs, Quality Assurance and Operations.

“He’ll ask questions. He will think about the end user and how they do things, how they might do things better, more simply or more effectively. He’ll notice when users do not use things according to instructions or for the intended purpose and explore that train of thought. He includes human nature in his thought process.”

Then it’s like a seed grows in him as he thinks about ways to improve. He starts to build solutions in his mind, drawing on his background as a biomedical engineer and his understanding of medical/surgical practice as well as his deep knowledge of physics, science, aesthetics, and natural principles.

“Ioan is a beginning-to-end inventor,” says Elena Cosmescu, co-founder, co-owner and General Manager of I.C. Medical Company. “He isolates a problem and visualizes a solution. Then he buys parts and starts to assemble them. He gets things from The Home Depot or Hobby Lobby, or if it’s something specific he orders it from a specialty manufacturer. He goes through a process of tinkering, adjusting, re-visualizing, calibrating. He tests his inventions over and over and continues adjusting down to the most minute detail.

“During this time, he’s very focused, very private. His mind is absorbed by this creative process.”

When designing a product, Ioan considers the aesthetic as well as the functional perspective. “He has a very good sense of design, style, and color,” Elena says. “He’s even good at choosing clothes for me.”

Cosmescu also has an intuition about ergonomic value and an innate understanding of how it influences functionality. The shape of a button, the color of a dial, the weight of a tool in a surgeon’s hand, he thinks carefully about all of these details.

Plus he has an eye for simplicity. Simple is always better and he looks to de-complicate things even though what he holds in his mind is endlessly complex. “He has a complete picture of every detail of his inventions in his mind,” Simona says. “If I ask him about a tiny component or a single measurement, he knows it. He can identify it and describe it, even through iterations in which those details may change. He can refer to a specific tolerance or fitting or dimension or configuration. He has the entire schematic in his memory and doesn’t need to see it on paper to remember or understand it.”

When is an invention complete? “Functionality is the goal,” Simona says. “Something is ready to go to market when it does its job right.” But the design may continues to evolve and improve. For example the PenEvac square buttons became oval buttons because he saw that they were more ergonomic, easier to use, more intuitive in the surgeon’s hand. The design of a device may change in order to simplify it or solve a different problem or make something easier to see or read or use in some way.

And what about Ioan Cosmescu himself? “He’s an amazing person to know and to work with. A genius mind and a fascinating man,” says Simona. “What motivates him is not making money or increasing revenue. If anything, that’s a by-product of his creative process. He is driven to make things better, come up with solutions, improve how things are done. He is a perfectionist and truly a modern-day hero in that respect.”